Peter Schiff had predicted that in 2014 the Fed would stop tapering and reverse course, launching additional QE.  At the time he was making these predictions, I called him out. I suggested he'd likely be proven wrong.  He was proven wrong.

Do I think he owes me an apology?  (He stated that I owe him a legitimate apology!)  No.  A vow to stop making rash predictions would suffice.

A few years ago, I made some rash predictions about the silver market that were proven wrong.  I learned my lesson.  Has Schiff learned his?

On Feb. 8, 2014, Schiff put out a video (featuring his CNBC interview on Feb. 4) titled Market Headed Lower Until Taper Reversed.  That was right near the lows for the year in U.S. stock indexes.  The market headed higher, and the taper wasn't reversed. 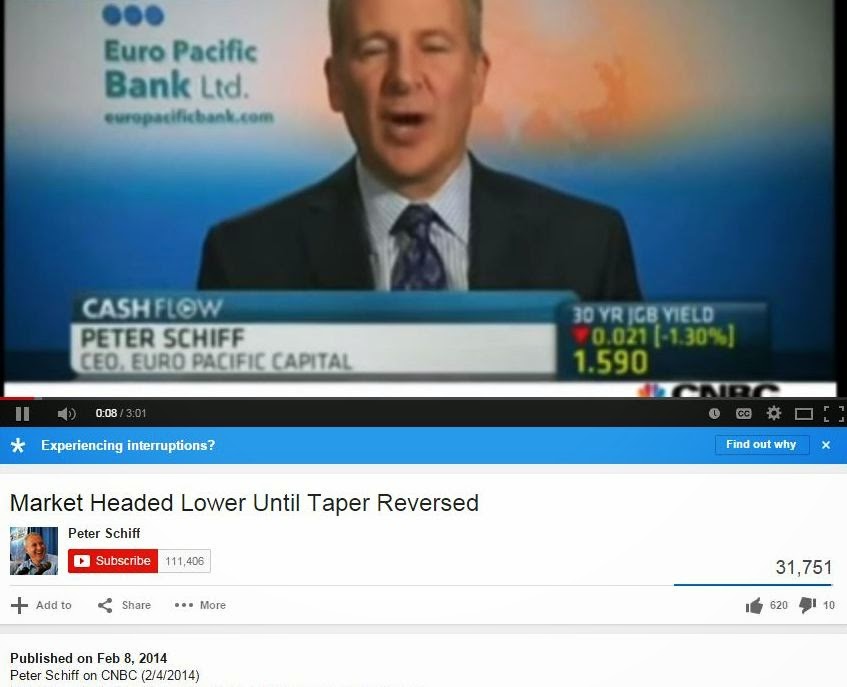 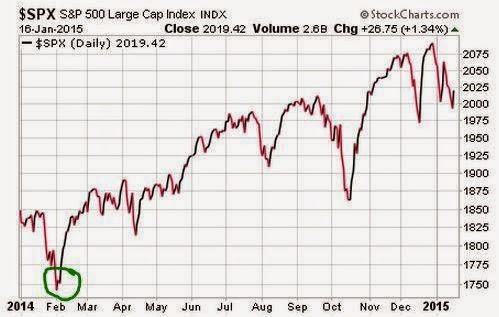 On Dec. 28, 2013, I uploaded a video called Bitcoin: A Mania in Nothing.  That was right near the top in Bitcoin, which I warned was in a mania that would end badly.  Did I accurately call the top and predict Bitcoin's subsequent fall by more than 70%?  In all honesty, no. The neat timing of my video's release at the top was as much luck as skill.

That's how it is with "successful" prognosticators.  Sometimes good luck  makes them look smart.  But no one can outsmart the market consistently.  Peter Schiff demonstrates the validity of this generalization via his track record as a contrarian forecaster.

﻿
Posted by Libertarian Realist at 4:37 PM